FAQ: What to Know About COVID-19 Vaccine Distribution in Southern California

Initial allocations of COVID-19 vaccine are expected to arrive in Southern California as early as this weekend.

California anticipates delivery of about 327,000 doses in the first round. In Los Angeles County, roughly 83,000 doses could be received as soon as Saturday. That’s welcomed news in a region that has seen staggering increases in case counts, fatalities and hospitalizations, including 12,819 deaths reported on Thursdays — the highest single-day total of the pandemic in Los Angeles County.

Here’s what happens next, keys to vaccine distribution and other frequently asked questions.

Note: This page will be updated as more details about vaccine distribution become available.

Who will get the vaccine first?

In California, priority will go to healthcare workers on the pandemic’s front lines and long-term care residents. Priority phases are developed by the Centers for Disease Control and Prevention and with guidance from the California Department of Public Health.

Health care workers are deemed a top priority in receiving vaccinations in what is known as “Phase 1a” of the CDC-determined distribution plan. Los Angeles County will distribute the initial wave of doses to acute-care hospitals. Vaccines for long-term care staff and residents will be distributed via a federal contract with CVS and Walgreens.

That first group will be followed by essential workers. Beyond the high priority groups, California officials have not yet outlined who will be next in line for vaccines. 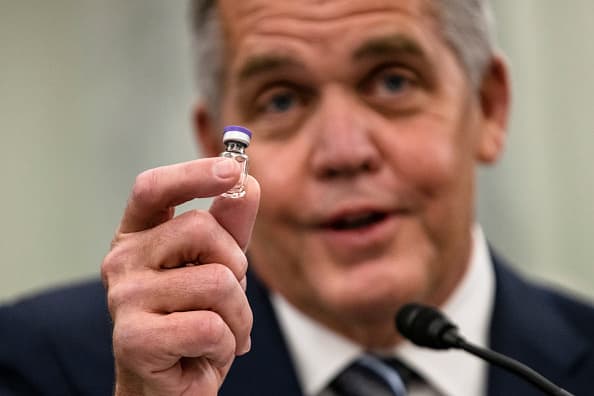 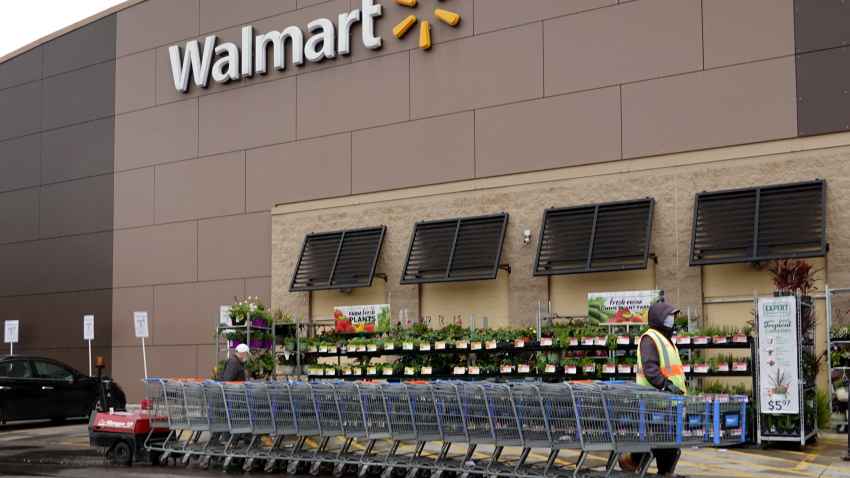 Walmart Prepares to Administer Covid Vaccines at Stores Across the U.S.

Will there be enough for all health workers?

No, not in this first allocation. In LA County, vaccines will be distributed to a total of 83 hospitals for administration to staff members, but providing shots for all will take time.

When will more allocations arrive?

Los Angeles County hopes to receive a second allocation of vaccines by Dec. 21, with priority expanding to include residents and staff at skilled nursing centers and long-term care facilities.

The federal plan might include a third allocation at the end of December, then weekly allocations throughout the upcoming new year, LA County health officials said.

When will vaccines be available to the general public?

The pending arrival of vaccines offers some glimmer of hope about an potential end to the pandemic, but officials noted it will be well into next year until vaccines are available to the general public. Initial doses will be limited as manufacturing ramps up.

Where will vaccines be distributed?

Schools, libraries, current testing sites and clinics are all candidates. Ralphs pharmacies and CVS also plan to distribute the vaccine.

How many shots are needed?

All but one vaccine under development require two shots. Pfizer’s second shot is three weeks later, and Moderna’s is four weeks. The doses are administered days apart to achieve the effectiveness in clinical trials. The vaccines work in different ways, but they all assist the immune system in fighting the virus. It usually takes a few weeks after the second dose for a vaccine to provide full protection.

How long will widespread vaccination take?

It will likely take months to immunize everyone who wants to be vaccinated in the United States. The head of President Trump’s Operation Warp Speed program has said the U.S. should be able to distribute enough doses to immunize 100 million Americans by the end of February — or nearly a third of the U.S. population. He has said the entire U.S. population — those seeking a vaccine — could be vaccinated by June.

No. A vaccine simply teaches your body’s immune system how to fight the virus that causes COVID-19.

How will the vaccine be shipped?

FedEx and UPS officials say their shipping networks are ready, even as they already face a busy holiday season. Vaccines will be loaded and unloaded before other cargo, and flights carrying vaccines will receive priority from the Federal Aviation Administration, the officials said. Vaccine packages will have special labels and devices to monitor location and temperature — a key factor in vaccine shipping and storage. US Marshals will play a role in protecting the vaccine shipments.

What about side effects?

Most people don’t have serious side effects from vaccines. Severe reactions are extremely rare, according to the Department of Health and Human Services. As for Pfizer’s and Moderna’s vaccines only 10% to 15% of volunteers reported side effects that were “significantly noticeable.” Participants told CNBC in September that they experienced high fever, body aches, headaches, exhaustion and other symptoms. While uncomfortable, the participants said they often went away after a day and sooner.

The FDA said there is currently insufficient data to make conclusions about the safety of the vaccine in children under age 16, pregnant women and people with compromised immune systems.

If you do experience side effects, report it here.

What about allergic reactions?

Vaccines can sometimes cause allergic reactions, but they’re rare, usually brief and don’t come as a surprise. Here’s an explainer.

Once the vaccine arrives in California, where is it stored?

Proper storage is one of the keys to vaccine distribution. They must be stored at extremely low temperatures. Pfizer’s vaccine requires storage at around minus 95 degrees Fahrenheit. Cedars-Sinai Medical Center, UCLA and UC San Francisco Medical Center are some of the locations with that capability.

What if I’ve already had COVID-19?

It’s still a good idea to get vaccinated. The FDA said patients may still be at risk of reinfection and could benefit from the vaccine. One problem is that researchers are still trying to determine how long antibody response lasts.

What about children and pregnant women?

You must be 18 to get the coronavirus vaccine. Pfizer began enrolling children between 12 and 17 for trial in the fall. Moderna’s trials for children are just starting.

Pregnant woman have been excluded from large-scale clinical trials. Dr. Christopher Zahn, the vice president of practice activities of the American College of Obstetricians and Gynecologists, told NBC News that pregnant women should consult their doctors and make a decision based on the available data and their “individual risk factors and the potential benefits.”

Does a vaccine replace masks?

No. What kind of effect the vaccine will have in real-life conditions outside of clinical trials remains to be seen. So, for now, the strategies that have worked to limit the virus’ spread — masks, distancing, hand-washing — still apply.

Can my employer requires me to get vaccinated?

About four in 10 Americans say they would “definitely” or “probably” not get a vaccine, according to a Pew Research Center survey. Some companies may consider compulsory vaccinations, but there are some exceptions under the law. So here’s what to know.

What if the virus mutates?

Not long after China collected samples of the virus and published its genetic code online, allowing researchers to start work on a vaccine, scientists noticed a more contagious strain was spreading in Europe. In a survival-of-the-fittest scenario, the virus was adapting and changing. Here’s how scientists monitor those changes and what it means for vaccines.