Los Angeles County’s surge in COVID-19 cases is dramatically increasing hospital admissions and contributing to swamped emergency rooms, with the number of daily admissions expected to jump as high as 700 per day by next week.

And with rising hospitalizations, the county is also seeing an anticipated spike in deaths, reporting another 75 fatalities on Wednesday. That brings the cumulative total in LA County to 8,075.

The increasing death toll brought the county’s normally unflappable public health director, Dr. Barbara Ferrer, to tears during her weekly televised briefing Wednesday. Ferrer paused as she explained that surging cases will lead to a significant rise in the number of deaths, figures displayed in an on-screen chart.

“While this trend line provides a frightening vision of our reality, the more terrible truth is that over 8,000 people who were beloved members of their families are not coming back,” Ferrer said through welling tears, her voice breaking. “And their deaths are an incalculable loss to their friends and their family, as well as our community.”

Ferrer and her staff have delivered regular afternoon updates since the pandemic began. After announcing daily figures, including fatalities, she includes a message of sympathy to family members with a loved one who died.

Dr. Christina Ghaly, director of the county Department of Health Services, said county hospitals are seeing nearly 500 new admissions each day. With the county’s COVID-19 transmission rate remaining high — and with an estimated one in 140 residents who are circulating in public believed to be infectious — the numbers are expected to keep rising.

“Given that we’re just now seeing the hospitalizations that resulted from the recent Thanksgiving holiday, we anticipate that the number will continue to grow over the next few weeks, with up to 700 new daily COVID hospitalizations in just one week from now,” Ghaly said.

Ghaly said hospitals will be forced to implement “surge plans” over the coming month to meet the demand. She noted that as of Wednesday, a poll of the county’s 70 “911-receiving” hospitals showed a total of 1,096 available staffed hospital beds, and 129 intensive-care unit beds. 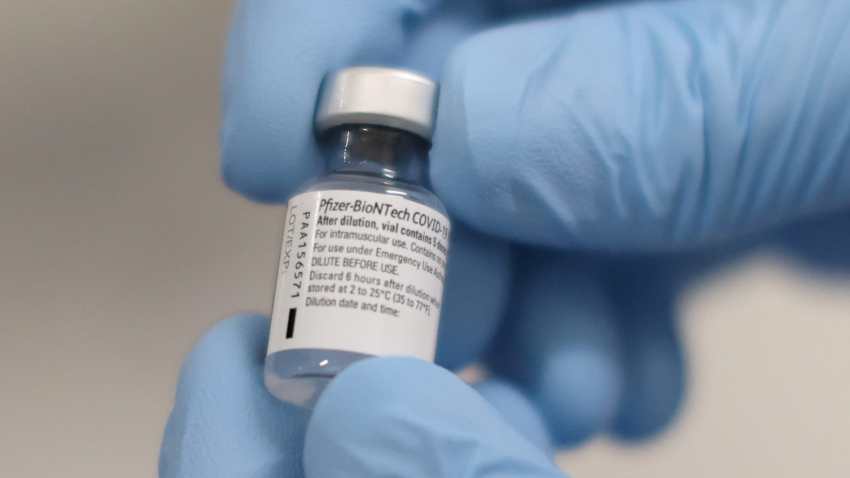 FDA Will Scrutinize Allergic Reactions to Pfizer’s Covid Vaccine in UK Before Clearing Use in U.S. 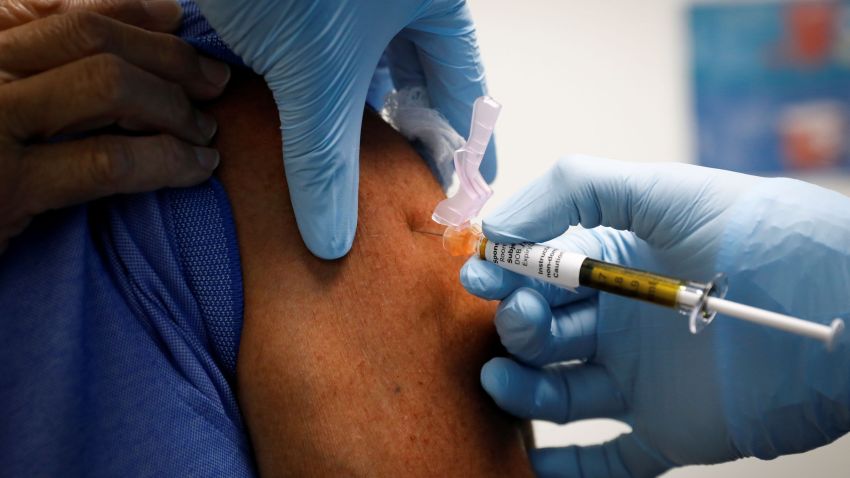 She hailed the work of hospitals thus far managing demand, noting that the number of available ICU beds has consistently ranged from 110 to 175 over the past month, despite a 40% increase in the number of occupied beds.

The activity at hospitals is also heavily impacting emergency rooms, and it’s leading to more incidents of ambulances being diverted to other medical centers due to overcrowding. Ghaly said hospitals can request diversions of ambulances carrying advanced-life-support patients due to overwhelmed emergency departments, generally for a two-hour increment.

“This option is being used widely by hospitals across the county at present, with yesterday (Tuesday) 77% of L.A. County hospitals using diversion at some point during the day,” she said. “And that’s in comparison to what’s normal at this time of year of somewhere between 10 and 15 percent.”

As of Wednesday, there were 3,299 people hospitalized due to COVID-19, another record high.

The county is also continuing to see elevated case numbers, reporting an additional 9,243 new infections on Wednesday. That’s just shy of the county’s pandemic daily record of 10,528 cases, which was reached on Sunday.

Long Beach health officials added 422 more cases on Wednesday, while Pasadena reported another 85. The new cases lifted the county’s cumulative total since the pandemic began to 475,778.

The county’s 75 deaths — six of which were actually announced Tuesday by health officials in Pasadena and Long Beach — increased the county’s overall death toll to 8,075. Long Beach and Pasadena each subsequently announced one additional death Wednesday, pushing the total to 8,077.

Ferrer broke down some of the grim statistics, noting a 300% increase in average daily case numbers over the past month, including a jump in the daily average from 4,900 in the last week of November to 8,933 in the first week of December. She said the county’s recent rate of positive COVID test results rose from 3.5% in early November to the current 12.5%, along with a tripling of hospitalizations, rising from 791 on Nov. 1 to 3,299 on Wednesday.

Ferrer issued her oft-repeated urging for people to stay home as much as possible, and to leave only to provide or access essential services or to get some outdoor exercise.

“The safest thing you can do during this very difficult time in the pandemic is to really stay home as much as possible and to interact only with members of your own household,” she said. “… There is a great deal of community transmission and you are at risk of becoming infected when you’re out of your home and around other people.”

The county remains under a state regional stay-at-home order, which went into effect at 11:59 p.m. Sunday. It was triggered when intensive-care unit bed availability fell below 15% in the 11-county Southern California region. As of Wednesday, the ICU availability in the region was estimated at 9%.