More cool weather, winds and scattered light rain were expected in the Southland Sunday, one day after Los Angeles saw its record streak of warm temperatures come to an end.

“With a high temp of only 62 degrees Sunday, the streak of days with a high temp of 70 or higher at Downtown Los Angeles has officially ended at 200 days. This breaks the old record from 1885 by 10 days!” The National Weather Service’s Los Angeles office tweeted late Saturday. “Pretty incredible! Time to enjoy temps in the 60s again!”

Highs on Sunday were expected to remain in the upper 50s and mid-60s in the greater Los Angeles area, with a chance of showers in the afternoon. Winds of 15 to 25 mph with gusts up to 35 mph were expected as well.

A winter weather advisory remained in effect until 10 p.m. for the mountains, where snow and gusty winds were expected. Between 2 and 3 inches of snow were expected above 5,000 feet, and 1 to 2 inches between 4,000 and 5,000 feet, including the Grapevine portion of Interstate 5.

The forecast also called for west to northwest winds of 20 to 30 mph with gusts up to 45 mph in those areas. Los Angeles received .11 inches of rain Saturday, ending a streak of 172 days with no measurable precipitation in downtown Los Angeles. That tied the seventh longest such streak in recorded history. 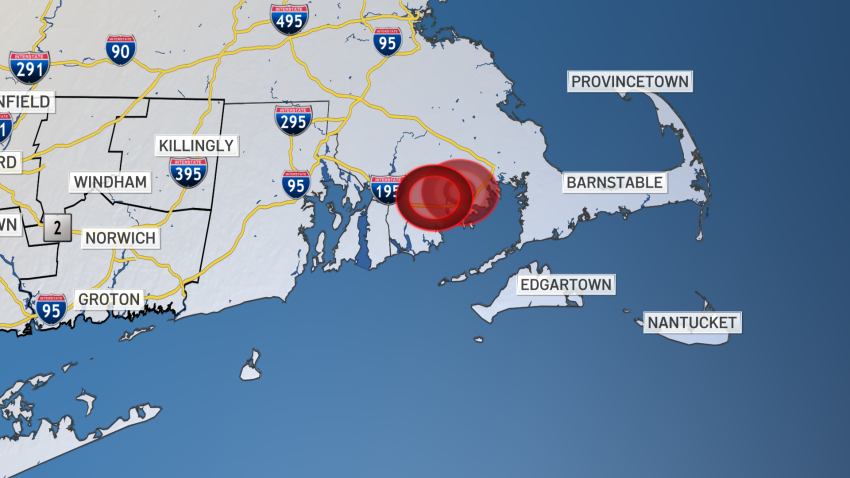 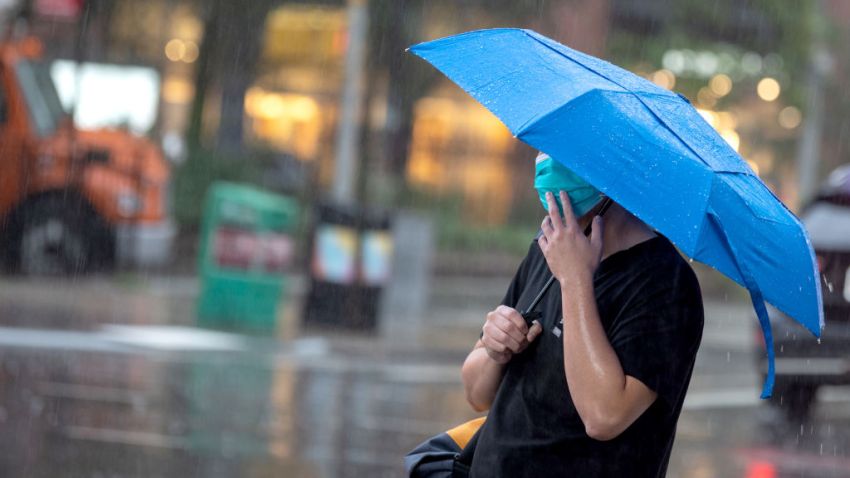 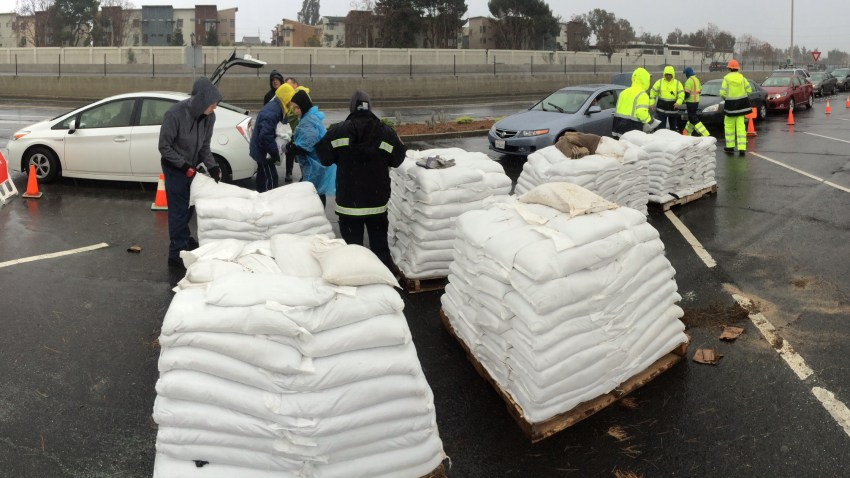 City of San Diego Offering Free Sandbags Ahead of Storm

Along the L.A. County coastline, a high surf advisory will remain in effect until 4 p.m. Sunday, the NWS said. The surf will reach 3 to 6 feet in height, and a high risk of rip currents will exist, according to the NWS.

Similar conditions will prevail Saturday, although the surf is expected to reach a height of 5 to 8 feet at west-facing beaches. A slightly less serious beach hazard statement will remain in effect in Orange County until 2 a.m. Monday amid waves of 4-6 feet, with local sets to 7 feet.

The highest surf is expected Saturday afternoon through Sunday evening.

Orange County also had a chance of showers Sunday, with highs in the upper 50s and lower 60s expected. Sunny skies will return Monday and a slow warming trend will begin, according to the NWS.