If the Los Angeles Rams aspire to join the Lakers and Dodgers as champions this season, they will have to do so without one of their leaders on and off the field.

Rams’ left tackle Andrew Whitworth was carted off the field in the second quarter of the team’s 23-16 victory over the Seattle Seahawks on Sunday, with what appeared to be a devastating left knee injury.

Whitworth’s knee was wiped out from the side after a collision with Seahawks linebacker K.J. Wright. Whitworth remained on the field, writhing in pain before he was helped on to the cart and taken back to the locker room. Along the way, Whitworth appeared to be praying before raising his finger to the sky and high-fiving his teammates.

“He was telling us: ‘Let’s go. Finish the game and go get a win,’” said quarterback Jared Goff of what Whitworth told him before being carted off the field.

After the game, Rams’ head coach Sean McVay had no update on Whitworth’s injury and the 39-year-old is expected to undergo an MRI on Monday.

“Any time you see a player go down it’s awful,” said McVay. “Andrew has been so important to us. He’s a foundational piece in what we’ve done. It gives me that pit in my stomach, and I just hope he’s going to be okay.”

Whitworth’s importance to the Rams cannot be understated. The four-time Pro Bowler is one of the best offensive lineman in the league, and has the vital job of protecting Goff’s blindside.

Entering Sunday, Whitworth was ranked as the fifth best left tackle in the NFL according to Pro Football Focus. Additionally, Whitworth has not missed a game since the 2013 season, but he is expected to miss multiple games, if not the whole season after more details of the injury are revealed.

“I’ll be praying for him,” said Rams’ cornerback Jalen Ramsey. “Praying for health and a speedy recovery. That’s a leader on this team. That’s the OG, probably the oldest one on this team. I think he would be proud of what we did out there.”

The Rams did go on to defeat the Seahawks behind a strong second half on both ends of the ball. The victory moved the Rams into a first place tie with Seattle, and the Arizona Cardinals. Third-year lineman Joe Noteboom replaced Whitworth at left tackle in the second half, and is likely to be in the starting lineup moving forward.

The injury is not only devastating for Whitworth himself, but the Rams hopes of returning to the Super Bowl. The team’s Salute to Service Nominee is not only a captain on the team, but a leader in the locker room as well.

The Rams finished 9-7 last season and missed the playoffs. Whitworth started all 16 games for the team, but he was the only player on the starting offensive line to do so. The Rams were riddled with injuries all year, and it affected their performance on offensive.

After finishing in the top three in average points per game in the 2017 and 2018 seasons, the Rams fell to tenth with just 24.6 points per game in 2019, nearly a six-point drop off. Part of that reason was directly attributed to the health of the offensive line. Five different players suffered injuries throughout the season that ensured the Rams normally high-octane offense would sputter.

Struggling in pass protection, the team traded for left guard Austin Corbett from the Cleveland Browns at the deadline. Already, the Rams have suffered several injuries to the offensive line this season, with Noteboom missing six games with a calf injury.

“That’s obviously tough,” said Goff about the potential of losing Whitworth for an extended period of time. “You hope for the best. It’s tough, with everything he’s put on the line for all of us, You never want to see that happen.” 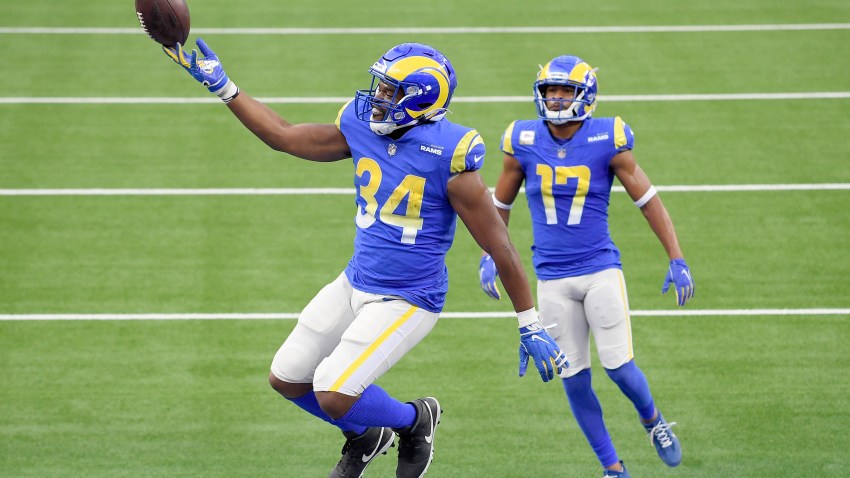 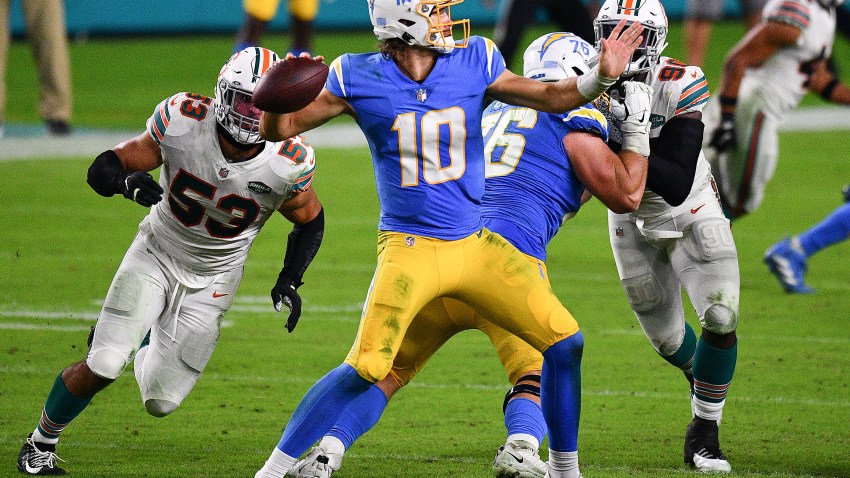