A month ago, Antonio Gomez III was a healthy 46-year-old struggling like so many others to balance work and parenting during the coronavirus pandemic.

This week, he’s struggling to breathe after a three-week bout with the virus.

Gomez said he let down his guard to see his parents and contracted one of the nearly 1 million confirmed cases of COVID-19 in California. For months, the virus has hammered the economy, disproportionately affected the poor and upended daily life — and now the state and the rest of the country are trying to curb another surge of infections.

California will be the second state — behind Texas — to eclipse a million known cases. The grim milestone in a state of 40 million comes as the U.S. has surpassed 10 million infections.

The timeline of COVID-19 in America often comes back to California. It had some of the earliest known cases among travelers from China, where the outbreak began. The Feb. 6 death of a San Jose woman is the first known coronavirus fatality in the U.S. That same month, California recorded the first U.S. case not related to travel and the first infection spread within the community. 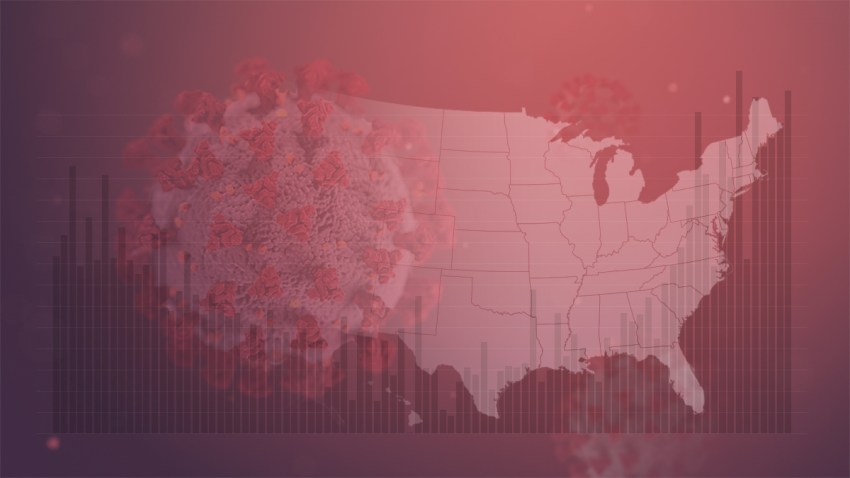 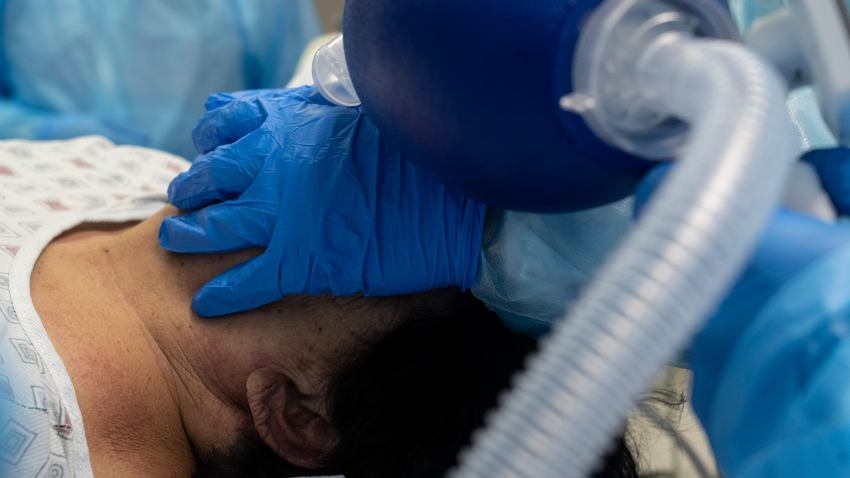 Average Covid Cases and Hospitalizations Rise in Nearly Every State Across U.S.

As the state tried to balance public health and the economy, cases rose as it relaxed business restrictions. Eleven counties this week had to reimpose limits.

The virus has struck poor Californians and Latinos especially hard. Latinos make up 39% of the population but account for more than 60% of infections.

Many caught the virus in essential low-wage jobs or on public transit and brought it back to crowded homes.

“The tragedy of it all is that patients are getting infected at their work, they come to us and get tested, and they’re not being allowed to come back to work until they have a negative test,” Mangia said. “So, we have patients who have lost their jobs, lost their homes.”

Maria Elena Torres faces that prospect. In late October, the 52-year-old housecleaner from Long Beach started feeling lethargic. Then, her head ached. When nausea kicked in, she called the clinic. By the time she was diagnosed a few days later, she was vomiting so severely she had to pray for strength to make it back to her bedroom.

Torres doesn’t know how she got infected. Three weeks later, she still has bouts of nausea and chills, which she nurses with oregano tea. She can’t work and risks falling behind on $1,200 in monthly bills. The office that collects her rent told her she can pay 25% now and the rest in 2021.

The clinic is conducting follow-up checks to assess the long-term impact of the virus, finding patients with stress and anxiety. “People are suffering,” Mangia said.

With people worn out by isolation, health officials warned against get-togethers as the holidays approach and people spend more time indoors, where the virus spreads more easily.

That’s what happened to Gomez, a finance professional living in Simi Valley with his wife, a nurse, and three children, ages 1 to 6.

As his birthday approached last month, Gomez decided to let his parents visit. They had been following social restrictions, and he feared they were becoming depressed.

Gomez and his wife had done the right things — wearing masks, social distancing — but were tired from juggling work and child care and missed their family.

“We thought even in spite of the risks, to allow my parents to visit for a few days and have some time where we could be together,” Gomez said Tuesday, breathing supplemental oxygen. “Somewhere along the way, the virus came through my father, managed to infect him, and he carried it right into our house.”

On Gomez’s 47th birthday, his father had a runny nose and cough. The father learned he had COVID-19 two days later after returning home. Gomez said flu-like symptoms “hit me hard and hit me fast” the following day.

On day six, as it became harder to breathe, he went to the emergency room. He was discharged and told to return if his condition worsened.

Five days later, he did. He’d be at Providence Cedars-Sinai Tarzana Medical Center for 12 days with acute respiratory failure. He received new treatments, such as remdesivir, the steroid dexamethasone and an experimental anti-inflammation drug.

“My body was spiraling downwards,” he said. “If things continued to progress for the worse, who knows what would have happened.”

Dr. Tom Yadegar, a pulmonologist who treated Gomez, said he fears more cases like Gomez’s as people gather for the holidays.

Gomez’s father was hospitalized for five days. His mother got sick but managed her symptoms at home. His wife, also infected, did the same while looking after their children.

Gomez has a lot to be thankful for this Thanksgiving. But he’s going to celebrate it only with his wife and kids.

“I absolutely believe I made the wrong decision to allow (my parents) to come,” Gomez said. “I really want people to think twice, to know the real risks to getting together with family for even a few hours on Thanksgiving or Christmas Day. The real consequence is that not just for family and friends, but for society and everybody that’s trying to fight this.”